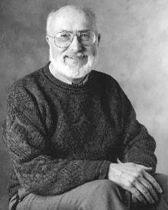 Ralph Segel and his students make use of a number of nuclear physics facilities, including those at CERN (Geneva, Switzerland), the Indiana University Cyclotron Facility (IUCF), Argonne National Laboratory (near Chicago), and the Thomas Jefferson National Laboratory (Newport News, Virginia).

As a member of the Spin Muon Collaboration at CERN, Segel has been studying the spin structure of the nucleon. At (IUCF), he has participated in a study of the pp —> dp+ reaction in the very near threshold region. Measurements were made to within 100 keV of threshold; these measurements, combined with data in the p0 production channel, have led to the cleanest determination of the pNN form factor. Recoil detection techniques developed at the IUCF Cooler Ring are being used in radioactive-beam experiments at the Argonne National Laboratory ATLAS facility.

Segel is also involved in a collaboration that is conducting several experiments at the Thomas Jefferson National Laboratory's Continuous Electron Beam Accelerator Facility. Segel and other collaborators are now analyzing the first data from these experiments.