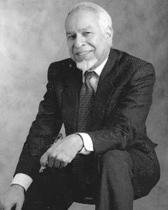 Prof. Seth has done distinguished research in both nuclear and particle experimental physics. His research interests have been characterized by the pursuit of the unconventional and the exotic. He has used neutrons, protons(antiprotons), electrons(positrons), and pions at various national and international accelerator facilities. He made measurements with neutrons to establish the nuclear optical model, discovered exotic nuclei like helium 9, and has made definitive searches for dibaryons, hybrid mesons, exotic multiquark states, and glueballs. More recently, his experimentation has focused on the study of elementary structures of strongly interacting particles of Quantum Chromodynamics (QCD), the quarks and gluons. At the Brookhaven National Laboratory his collaboration discovered the first ‘hybrids’, exotic constructs of QCD containing valence quarks and gluons. At CERN he made the definitive search for the more exotic ‘glueballs’, containing only gluons. At the Meson Factory at the Los Alamos National Lab Prof. Seth pioneered the use of the exotic pion double charge exchange (DCX) reaction to create exotic nuclei, and to study the separate roles of protons and neutrons in nuclear excitations. At Fermilab his collaboration made the highest precision studies in the spectroscopy of charmonium, hadrons made of a charm quark and a charm antiquark, using antiproton-proton annihilation. At the CAESER electron-positron collider at Cornell Prof. Seth’s group discovered spin-singlet states of ccbar charmonium, and bbar bottomonium which had eluded numerous previous searches. Presently, Prof. Seth is collaborating in the building of a new antiproton facility (PANDA) at Darmstadt, Germany, and the GLUEX photon beam facility at the Thomas Jefferson National Accelerator Facility in Virginia.