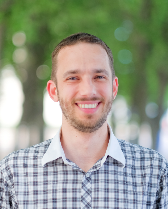 Professor Kovács is working on bridging the gap between structure and function in complex systems. His group is developing novel methodologies to predict the emerging structural and functional patterns in a broad spectrum of problems ranging from systems biology to quantum physics, in close collaboration with experimental groups.