Board of Trustees Professor in Physics 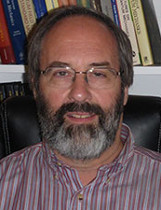 Professor Gabrielse’s group probes the predictions, symmetries and proposed extensions to the standard model with exquisite sensitivity, using small-scale apparatus and methods that derive sensitivity from precision rather than energy. His electron and positron magnetic moment measurements with a single trapped particle (the most accurate measurments of propertes of elementary particles) test the standard model's most precise prediction.  His electric dipole moment measurement (EDM) using a beam of molecules is one of the most precise probes for physics beyond the standard model. He launched low energy antiproton and antihydrogen physics to test the fundamenal CPT symmetry of the standard model. Professor Gabrielse is the director of the Center for Fundamental Physics at Low Energy (CFP).