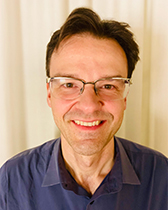 Several small-scale, tabletop low-energy experiments are poised to discover a wide range of new physics beyond the Standard model, where feeble interactions require precision measurements rather than high energies. In our atomic-molecular and optical (AMO) physics group, we employ high-Q resonant sensors for ultra-sensitive force and field detection in searches for new physics. Using laser-cooled optically-trapped dielectric nanospheres, we have demonstrated calibrated force sensing at the zeptonewton (10−21 N) scale. We aim to apply this excellent force sensitivity to search for deviations of the Newtonian gravitational inverse square law at micrometer range, in a regime where several theories predict possible new signatures.  We have also started work on The Axion Resonant InterAction Detection Experiment (ARIADNE), which will use nuclear magnetic resonance to search for the QCD axion, a notable Dark Matter candidate. This is an international collaboration for which I am serving as PI. I am a member of the Center for Fundamental Physics at Low Energy at Northwestern.