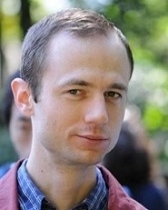 As a computational astrophysicist, I focus on how black holes and neutron stars interact with their environment. They devour stars, eject relativistic jets, affect star formation and galaxy evolution, and enrich the Universe with heavy elements. To study these processes, I perform large-scale numerical simulations as well as algorithm and code development. My research interests range from investigating the basic physics of astrophysical accretion disks and jets to applying the physics results to interpreting observations and directly predicting electromagnetic emission from simulations for comparison to observations.