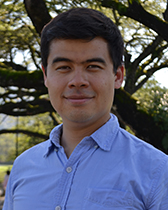 Lectures: "The Rise of Quantum Machines"

Every Saturday at 11:00 AM from January 7-February 25 at Norris University Center at Northwestern University.

Join us each week for an exciting and educational lecture by Northwestern Postdoc, Dr. Ian Mondragon-Shem! He will present an eight-week series on The Rise of Quantum Machines.

These lectures are free and open to the public.

About the Ilene B. Sievert Prize Lectures

Ilene was an undergraduate at the University of Chicago when she married another undergraduate, a physics student, Paul, in 1960.  She had started in biology but switched to her second major interest, English literature after her marriage.

She obtained her B.A. and then took a job in the Computer Institute eventually working as one of Nick Metropolis’s programmers. She programmed an early machine, the Maniac III.  Paul went on to graduate school at U. of Chicago.

Eventually Paul and Ilene came to Evanston in 1974. Paul became CEO of Allied Valve Industries in Chicago while Ilene was a housewife and mother.  After her children were sufficiently grown she went back to her first interest, biology, specifically herpetology. She raised and studied poison dart frogs and published a number of papers on herpetology in the journal of the Chicago Herpetological Society. She had a lively interest in evolutionary theory, one of her favorite books being the Origin of Species by Darwin. Others included the evolutionary writings of Gould and Dawkins. She also followed her husband’s continuing interest in physics.

Ilene also served for a time as the president of the PTA for Park School in Evanston. Park School is for mentally handicapped children and is where her son attended. She had many friends in Evanston and some from her time at U of C, including John Ketterson, a current faculty member in the physics department at Northwestern University.  Her interest in science and the knowledge that she certainly would have attended these lectures is one of the main motivations for the endowment of this prize.

The purpose of these lectures is to present to the interested general public cutting edge research results in hard science by an up-and-coming researcher in the field.

The topics could cover any field in science: biology, physics, chemistry, astronomy, mathematics, etc.  The number of lectures and the depth of presentation is such that the intelligent general public should be able to follow and come away with an understanding and appreciation for a current subject of research and its importance. Though this prize program is being administered by the Physics Department of Northwestern University, other hard science departments of Northwestern will be consulted as prize recipients and lecture subject.